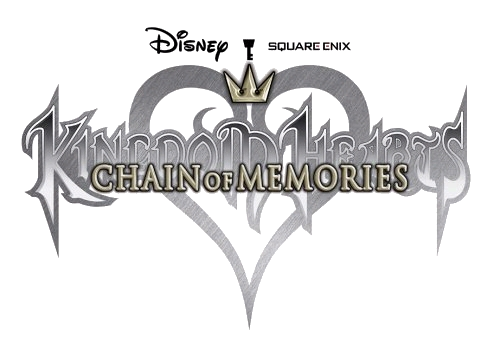 Kingdom Hearts, a series infamous for how many games there even are in the series, the original, the final mix variants of the original game, II, and Birth By Sleep, full on remakes even have come from some of the… lesser loved titles of the series, people may point to Re: Coded as one of the worst games in the series for being seemingly pointless in plot, but having very fun gameplay to back it up, however… this all really started for people when Kingdom Hearts: Chain of Memories enters the scene after the original game, for the… GameBoy Advance. For people back in the early days of the series, most if not all of the casual audience saw this game as a simple spin-off title, when it wasn’t… Actually, Chain of Memories is the canonical sequel to the original game, not Kingdom Hearts II as many would be lead to believe. The issue started when the game was actually just planned to be a version of the original game that can be played on the go, for kids who couldn’t get a PS2 and the original title. It then went from just being a harmless way for someone to get a Kingdom Hearts fix on the go, to the full-on sequel with its own story that deepens so much more. Thankfully it is now much easier to play these games in order, as the version you find in the HD collections is the PS2 remake that was packaged with KH II Final Mix, only rereleased here in the USA, and finally to the rest of the world with the collection. To start, the story is probably the easiest thing to tackle.

The story picks up DIRECTLY after the end of the original game, Sora with Donald and Goofy are walking along a series of crossroads after being separated from Riku and King Mickey, they end up being lead by a randomly appearing Pluto. During nightfall, Sora eventually encounters a mysterious hooded figure that will at least seem familiar to those that beat the secret boss in Final Mix. Soon after, the three

finds themselves at Castle Oblivion, a place in between light and darkness, and upon setting foot inside, all their previous abilities and magic were stripped from them, and as the reappearing hooded figure says “To find is to lose, and to lose is to find”, saying that if Sora goes through the castle, he may regain some forgotten memories he may have no clue about even. This is the most basic gist I can give for this plot, as it gets much deeper and darker as it progresses, and to say anything more will spoil the story itself. Now where this game can be unique, is in its structure…

The game itself has you traverse each floor of the castle upto the 13th floor where you have the final confrontation, and as much as it may sound minimal in set up, it gets strange… and fast, the crossover aspect comes in as each floor will be a past world revisited through illusions created by the memories of Sora himself. Essentially its an excuse to reuse the worlds from the original game, minus Deep Jungle due to copyright issues at the time preventing the world from coming back in the future.

The structure goes from a unique Action JRPG with worlds that are fleshed out with some minor annoying platforming, to… a strange room by room isometric view in the original, with layouts that you change due to cards, YEP! This game was created around the card craze back in the early 2000s, from combat to world exploration, everything is determined by cards. When it comes to exploring the world templates, sure you can determine generally what world you’re in, but they have always been such visual bores, even more so in the PS2 version where it’s more apparent. You can tell by music, by the style it has, but other than that, the world themselves are in some room by room based exploration, each card you use can modify what kind of appearance

or attributes the room will take on, can also be to save the game, or a room filled with sleeping enemies where you can get the first attack on easily, or even a room with treasure that can be guarded or easy picking, the choice is yours really… but… there is a problem to that, however I will go back to that after the combat is explained. For combat, it is pretty far from what was established in the original game, as instead everything is card based again, attack cards represented by the different keyblades that you can obtain, magic cards, summon cards, item cards, friend cards that act as attacks from your party members, and finally enemy cards that act as the abilities in battle. Each card has a set value on it, from 0-9, the highest value will cancel out the other card, 0 cards can break any value but can be broken back the easiest, and as the enemy plays their own cards, when you have no more cards in the deck, you reload by watching this counter go down, starting from 1 but soon having a counter of 3 depending on how long the encounter drags on.

You have to keep all these factors in mind, along with the super powerful sleights, attacks made from combining 2 or 3 cards together in a special way, however sacrificing the first card in the sleight to use it, with item cards being the only thing to bring back any lost sleight cards, the PS2 or HD version has so many more than the original GBA version. Now with all this in mind, there is the make or break aspect of RNG that plays a huge role in this game, and to me… It’s absolutely fucking horrible… either it works with you, or you’ll be there for hours trying to get the card you need to progress in battle or in the world exploration, you get the world cards by beating battles, and any extra cards for battling is obtained via the exploration or the Moogle shops, that are still RNG… Now let’s say you are lucky, then the game becomes piss easy, with attacks that once unlocked, will break the game into two. Its either bullshit from the RNG or boring from the broken attacks, I was unfortunate the first time I ever played and beat this title fully, to have the former be my issue, and because of that, I can’t stand this game at times… It is the only game in the series that I can personally NEVER return to, and feel absolutely happy by that, and this is my favorite game franchise. It… also doesn’t help that this was the weakest dub so far in the series for me, it was probably cheap at the time given it was just a USA exclusive effort to just get it out there, with some horrible lip syncing, and even reused lines from Kingdom Hearts II, which can all around be pretty underwhelming after the original game’s efforts especially… Let alone, the confusion of playing the GBA version where Sora doesn’t sound like he aged a day from his adventure in the original title, but you get to Re: Chain of Memories and it sounds like his balls just dropped after the ending of the original game, its both hilarious and very distracting.

What can I still praise it for? The music! Definitely, many great pieces came about for this game and can be some of the best in the franchise, “Struggle Away” being the heartless boss theme always set the tone perfectly, even the theme for the new character introduced in this game “Naminé” that can really hit you in the feels in the perfect moments, for the original GBA version it had great visuals too, and what did make it almost feel worth it to me… Unlocking and playing as Riku for the first time in the series. What is nice is after you do beat the main story as Sora, you unlock “Reverse/Rebirth”, a story where you play as Riku and go through the basement of the castle while Sora goes through the main story, a nice redemption ark for him after what had transpired in the original game, along with what is the better gameplay to me. In his story his deck is permanently set, which can be seen as both a good and bad thing, he also only has attack cards with ever only some item cards thrown in, and an instant reload with no counters.

His gameplay can be a lot faster paced which can feel fun, let alone being not even close to as long as Sora’s story can be, which helps if you slugged on with Sora due to RNG even. Riku also has access to dark mode, when you break enough of your enemies cards you can then transform into this form, complete with the outfit from the original game, and sleights available in this form as well. In addition he is faster on his feet, can attack lightning fast if you know what you’re doing, and in the PS2 and HD version, you have dueling! When you and an enemy plays a card of the same value, you can break into a duel that can feel like playing a fast paced card game of war before time runs out! If you can manage to break the enemies cards enough, you can unleash a sleight that can be upto 8 cards! There are definitely things to enjoy with this title, and the story itself is actually pretty good even all things considered, but the RNG elements can damn near ruin the experience and leave you feeling like you just wanna get a move onto Kingdom Hearts II, but Riku ends up picking the slack up a bit near the end.

Graphics 7.5 – 10 (PS2) It looks on par with the original game, if not for the horribly empty worlds being an eyesore..
8 – 10 (GBA) Some really great sprite work and I’d argue works better than the HD version

6.5 – 10 (Riku) Picks up by having a faster pace and doing away with the reliance of RNG

Story 7.5 – 10 Awarding the same score as the original for getting complex with pay off and issues alike

If it wasn’t for the mobile games, this would easily be the weakest game in the series for me, not terrible, but definitely not for everyone, if you are interested in the KH series but don’t feel like relying on RNG to progress, then just watch the cutscenes for this one.